Is the Fluoride in Your Western New York Water Safe for You?

Is the Fluoride in Your Western New York Water Safe for You?

Over the years, you may have heard that fluoride is added to municipal sources of Western New York water. In fact, cities throughout the United States have been practicing water fluoridation for decades. And it’s not just a national phenomenon. In recent times, countries all over the world have taken up this strategy in an effort to help their residents.

On the one hand, you probably knew that there’s fluoride in your toothpaste. But you might not have been sure about why it’s also in your water. Additionally, many people have concerns about whether or not that fluoride in their water is safe for them to be drinking. To help you understand your options when it comes to water fluoridation, you can turn to the Watercure USA guide on the subject.

The History of Water Fluoridation

In the early part of the 20th Century, researchers believed they had discovered an interesting health connection. Back in those days, people’s teeth were far more likely to decay at a rapid rate. Yet, when their teeth were exposed to additional fluoride, they seemed to remain cavity-free.  In turn, scientists conducted successful experiments to establish how fluoride could be playing a role. After the research was in, scientists and policy makers were sure there was a benefit. And by the mid-1960s, adding fluoride at controlled levels to municipal water became widespread in the U.S.

Pathways for Fluoride in Your Drinking Water

Obviously, if you’re on municipal water, you’re probably getting a dose of fluoride in your drinking water. This holds true for many areas using Western New York water. And you most likely never even noticed, because fluoridation leaves no taste difference to your water. In fact, what’s added to your water is done so in a regulated way to only include safe, dissolvable compounds. But what if you have a private well? You may also have varying degrees of fluoride in your water from natural sources.

Are There Concerns for Fluoride in Western New York Water?

Over the decades, some people have become concerned about whether fluoride has a negative effect. One of the main and well-known risks to excess fluoride in your body is dental fluorosis. Just like with any mineral, too much isn’t a good thing. In dental fluorosis, when the body gets too much fluoride, your teeth can change color and develop pits. In addition, if your well water has too much fluoride, you could suffer long term health effects. However, for water fluoridation, researchers still question whether the health debate is fully settled.

What if I Don’t Want Fluoride in My Family’s Drinking Water?

If you’re concerned about your family’s Western New York water, keep in mind that you have options. At Watercure USA, we offer high-quality reverse osmosis systems that can help. These state-of-the-art systems also remove other troubling particulates as well. These include lead, bacteria, arsenic, rust, and more. But especially if you’re using a private well, the Watercure USA staff has one strong recommendation. And that’s to have your water tested. This way, you can guarantee your family’s health and safety regarding your Western New York water.

Still have questions about your Western New York water? Get in touch with us at (716) 946-3598 or use our Online Contact Form and let’s talk!

About the Author: Drew Orton

Bad tasting water Bathroom stains Bathtub stains Buffalo Buffalo Water Softening Clean Clogged pipes Conserve water Contaminates in water Dealing with Eczema Dealing with hard water Dealing with skin issues Fluoride in water fresh water Hard water Hard water and health issues Hard water problems Health benefits Methods of water purification My water quality New York New York hard water New York tap water Private well problems Reverse Osmosis Reverse Osmosis system Rochester Water Softening Safe drinking water Safety of bottled water Skin irritations from water UV water purification system Water and Your Health Water filter system Water fluoridation Water purification Water quality Water quality and cooking Water quality in Western New York Water quality issues Well water in Western New York Western New York Western New York water Western New York water systems Whole house water filters Your health and your water
We Test Your Water When it comes to water treatment services, there isn’t a thing we haven’t seen or fixed before. To start, you need what we call a “Water Fingerprint Test”. This reveals what’s in your water — and will help us figure out how to deliver you the cleanest and freshest water possible. Testing
We Design A Solution Once we test your water, we design and create a system that will works to solve your water problems. Whether you need softer water, deionized water or simply just a glass of the cleanest H2O. We create a solution that is unique to your test results. Solutions
We Implement Your System Here, we build everything out (and we can also take care of the water system maintenance, too) so you don’t have to spend your weekends figuring out what goes where. You get peace of mind knowing that your family has the safest and cleanest drinking water you’ve ever tasted. Systems 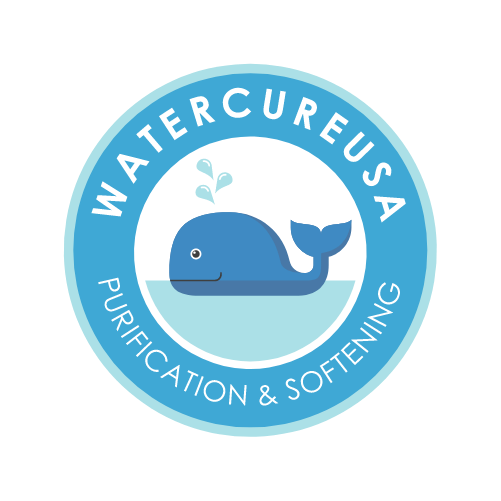